There are several types of pool shock out there. Each one is used for a different purpose, and each one has a unique effect on the pool’s chemistry.

Since every pool is different each has its own specific needs, and with chemical costs soaring and limited product availability, finding the right pool shock to use can seem like a very daunting challenge.

It is important to consider all the differences when deciding which shock is the best to use in your pool. Each type of shock has varying concentrations of chlorine (except of course for non-chlorine shock), different effects on the pool chemistry, and each type is added to the pool water in a unique way.

The main types of shock are:

Cal-hypo comes in both granular form and slow-dissolving tabs. As the name suggests, calcium hypochlorite contains calcium and consistent use will drive up the calcium hardness levels in the pool.

Cal-hypo can sometimes cause the pool to cloud up temporarily when added directly to the water. 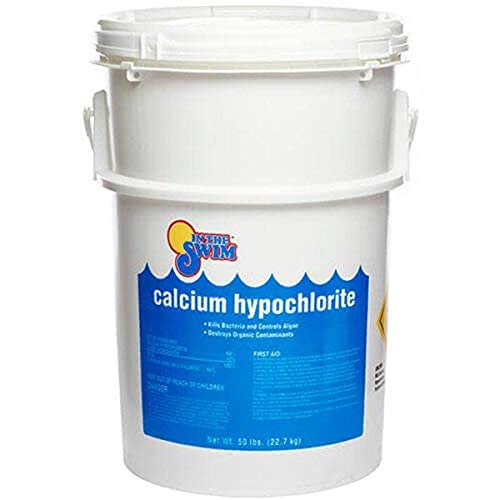 Like liquid chlorine, this type of shock is not stabilized, meaning it does not contain cyanuric acid. Keeping stabilizer levels at the recommended range of 30-50 ppm is an important consideration when choosing a pool shock.

A shock that doesn’t contain a stabilizer will ensure you don’t accidentally drive up the stabilizer levels.

Liquid chlorine is not as strong as cal-hypo or trichlor, but the benefit of adding liquid to liquid helps it get to work a little faster than the other dry types of shock. 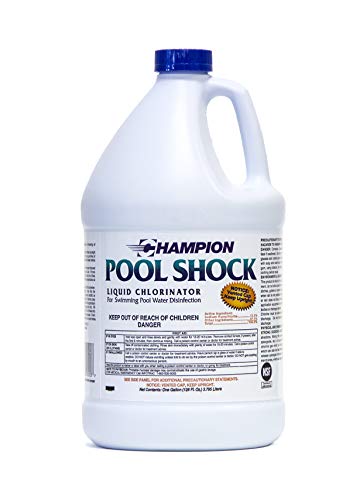 It does not contain cyanuric acid (stabilizer), but it does contain salt and will contribute slightly to the total dissolved solids.

Liquid chlorine and cal-hypo are both dependent on a lower pH for them to be the most effective.

Trichlor tabs, which are also known as chlorine pucks, are great for helping maintain an acceptable free chlorine level in between routine shocking. One three-inch tab will add roughly 3 ppm of cyanuric acid to a 10,000-gallon pool. 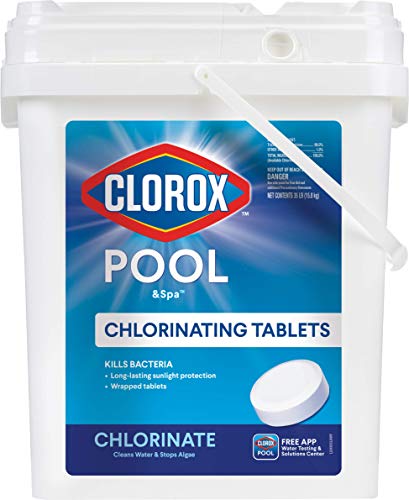 They also have an extremely low pH so if you decide to use trichlor tabs as your main shock, remember to closely monitor your alkalinity and cyanuric acid levels. Trichlor is also available in granules and can be used to treat black algae.

Dichlor is sometimes called spa shock because it is used mainly in spas or hot tubs. It is like trichlor but has a slightly higher pH so there is less of an impact on the alkalinity. 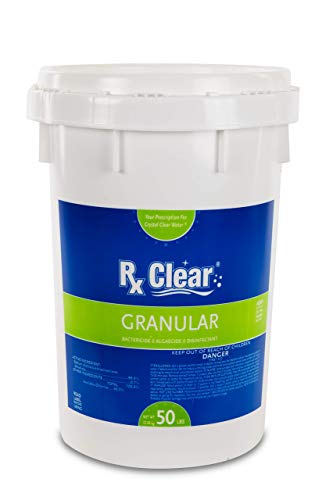 Bromine tabs are used in spas and some indoor pools. Bromine is better for hot water because it does not lose its effectiveness in high pH as much as the other shocks and chlorines do.

Bromine does not contain cyanuric acid and in fact, there is no known stabilizer for bromine, so it is not usually recommended for outdoor or uncovered bodies of water because the UV effects of the sun’s rays will degrade it very quickly. 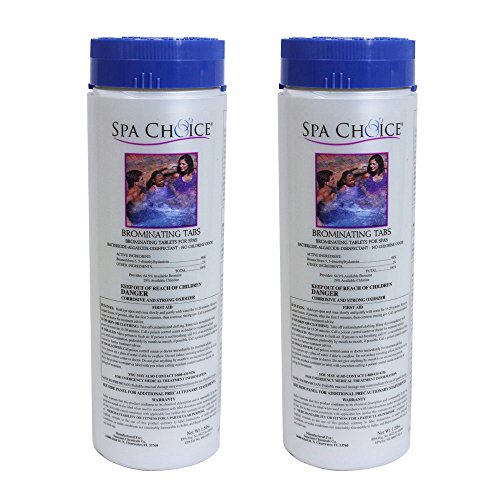 The major benefit of non-chlorine shock is that swimmers can use the pool or spa much sooner after it is added to the water than the other types of shock. Usually within an hour or so.

It is also used by people with chlorine sensitivities. The one drawback to using non-chlorine shock is that it will not oxidize existing combined chlorine, but it will prevent new combined chlorine from forming. This means that a dose of either liquid chlorine or cal-hypo would be needed as an initial treatment before the switch can be made. 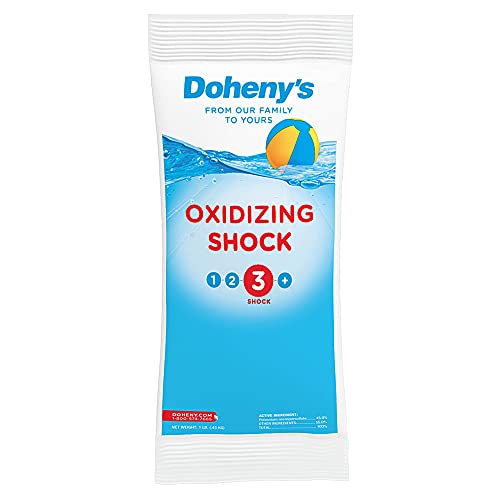 What Type of Shock Should I Use In My Pool?

The first step in determining which type of shock to use is to test the pool water chemistry. You should always test the water before adding anything to the pool.

Each type of shock will affect the water and the other chemicals in a different way by; either adding to or subtracting from, the ideal chemical perimeters.

The next step is to decide why you are shocking the pool. Is this part of the regular routine chemical balancing, or is there an issue such as algae or cloudy water after a big party?

All these things should be considered when making your decision about which one you will use.

Here’s a summary of which pool shock to use:

Know What Is In Your Source Water

Pool water should be tested frequently but knowing what is in the source water is just as important. When you fill your pool with water from the garden hose, whatever the chemistry of that water is has now interacted with and changed the balance of your pool.

For example, some water sources contain high levels of minerals. You need to account for that when choosing the most appropriate chemicals for your pool.

Knowing how the shock is going to affect the rest of the pool’s chemistry is an important factor in choosing the right shock.

Can I Use More Than One Type of Shock?

Never mix chemicals together or use a chemical in a container that has been used for a different chemical. For example, never put cal-hypo in a trichlor tab feeder and vice versa.

However, alternating between more than one type of shock can be extremely helpful when issues arise such as high cyanuric acid or high calcium levels. In between routine shocking, trichlor or cal-hypo tabs can be used to maintain the free chlorine level and is especially helpful in rainy areas or where there is a lot of water loss from evaporation.

Does the Brand of Pool Shock Matter?

Yes, it can. Aside from personal preference, which is important, different manufacturers may have proprietary formulas for their products. Each type of shock has a different chlorine concentration, and some products contain more inert ingredients than others.

It is a good practice to check the ingredient list before you buy, just like checking package labels at the grocery store.

What Works for You?

Personal preference also matters in finding what works best for your pool when it comes to choosing a shock. You may find that adding a gallon of liquid chlorine is easier and faster than waiting for that cal-hypo cloud to clear up.

Consider what is available in your area and what is the most cost-effective, and then determine what your pool’s needs are with regular testing of the chemistry and routine maintenance.

This site is owned and operated by AJH Trade Group. AJH Trade Group is a participant in the Amazon Services LLC Associates Program. As an Amazon Associate we earn from qualifying purchases.

AJH Trade Group also participate in other affiliate programs. If you use our referring links, it costs you nothing extra. We may earn a small commission.